A common thinking error that a lot of people make is to think in terms of black and white, yes or no, right or wrong. 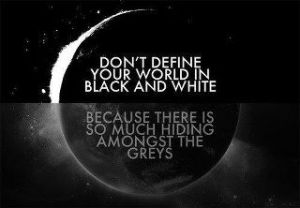 It is basically to think in either one option or another option. These options are usually the extremes of each other. This error leads to a lot of internal stress, as very few things in life fit in these extremes. Life resembles more of a kaleidoscope of alternative that blend into each other. Therefore a better way of thinking is to allow all possibilities. Thinking that one option and the other option are viable and we just need to choose the most effective one.

One application of this inefficient thinking is when we think in terms of independence and interdependence.

We tend to think we are either self-orientated or other orientated.  Research suggests that these two phenomena are not two poles of a continuum. Rather they each exist in their own right and that we have both phenomena’s as part of our make-up.  They function more like an equalizer in a music production. We are either high or low on the self-orientated and we are either low or high on the other orientation. This also implies that we can be high in both as well. 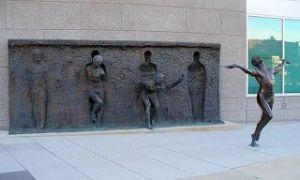 The question that comes to mind is: Have we been selling ourselves short? May it just be that we have been limiting ourselves to only two possibilities?

Maybe we should start to think of ourselves in interaction to other in terms of equalizing independence and interdependence to create the harmony we want in our relationships.

Interesting is it not?

This closes an exiting journey since 2006. Many thanks to all the clients and coaches that made this possible. Please accept our deepest gratitude.

The blog post will stay active as an archive and who knows, maybe and odd new post will appear.