Performing under pressure has become a much needed skill. A skill that some of us have naturally and others need to learn.

Some of us seem to thrive under pressure. We like the adrenaline rush, the challenge of thinking on our feet and delegating the detail. Only to find ourselves crashing against a wall. Not the wall of the project that creates the pressure – which we are handling. The walls we often crash against are the personal, family, relationship walls.

There are a few theories that try to explain this interaction between performance and pressure.

The most common one is the Inverted-U Hypothesis. This theory states that performance increases as pressure or the challenge of a situation increases, up to a point. After that specific point, performance decrease as pressure increase. We fade away. 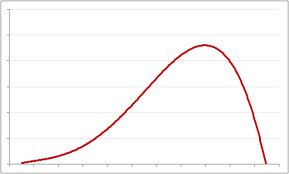 Another theory, the Catastrophic Theory, is similar to the Inverted –U Hypothesis; it only differs in that it states that some people’s performance does not decline gradually but catastrophically falls. They crash and burn.

A third theory that I think is relevant is the optimal zone theory. This simply states that each individual has a zone in which he/she functions optimally.

Simply to share a tool with which you can enhance your performance. Knowing yourself and the level of pressure under which you can function optimally is one of the keys to achieving flow. Being aware of warning signs will help to managing the pressure.

A myth of the self help, motivational world, is that our potential is unlimited. Because our ego wants to feel all-powerful, it easily grabs on to this myth and pushes us past our zone. Lettings us crash and burn or fade away.

The truth is, our potential is limited, but no one has ever truly reached that limit. It is far beyond the quasi-humble belief systems and mind maps we create to keep us in mediocrity. By acknowledging this and by accepting that we actually develop and grow our potential by creating boundaries for our self, we will be able function in flow much easier. Then we allow pressure to extract the gold in us. Then we use pressure as a servant to our own happiness.

One thought on “Inverted U”

This closes an exiting journey since 2006. Many thanks to all the clients and coaches that made this possible. Please accept our deepest gratitude.

The blog post will stay active as an archive and who knows, maybe and odd new post will appear.